The Counterintuitive Truth About Trust In Teamwork 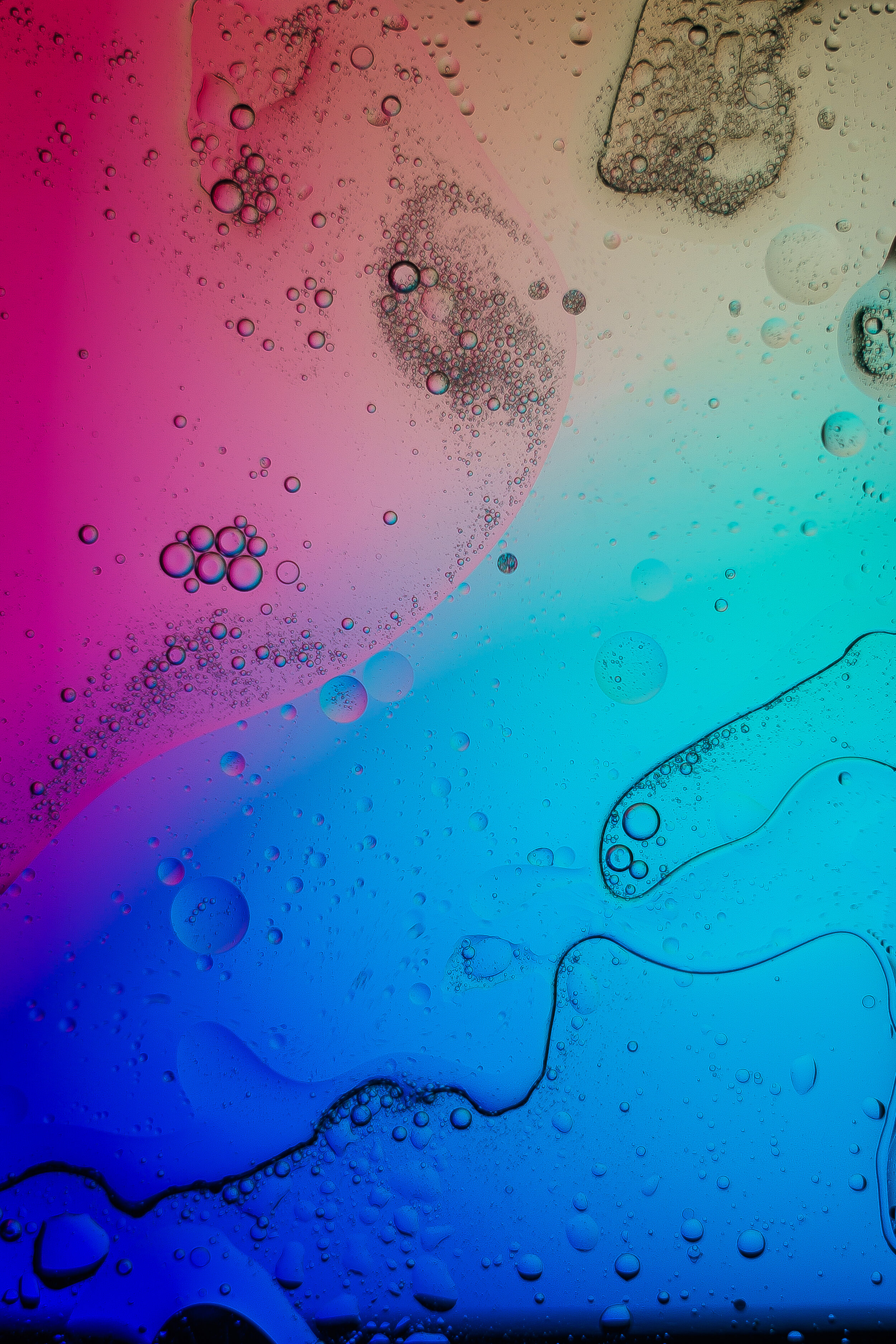 I estimate I'd have $100,000 in laptops if I’d walked out with every computer that a stranger entrusted me to watch while they used the bathroom at a coffee shop.

How amazing is it that humans can trust each other like that?

Without some level of default trust like this, nothing in society would work. We can walk outside without body armor, because we trust that our neighbors won’t attack us. We can hit the gas when the light turns green, because we trust that other cars are going to stop on red. We can swipe our credit card at a cafe we’ve never been to, trusting that the barista won’t secretly charge $800 for our latte.

That trust, of course, is what the occasional criminal takes advantage of. But we get through most of our daily interactions unscathed by relying on basic human trust.

Unfortunately, when our interactions go a little deeper, trust gets trickier.

In fact, despite our natural propensity to trust, a lack of trust is the #1 underlying cause of dysfunction in teams.

Teamwork has been one of my main areas of focus in business journalism over the last decade. How do groups of people get by together—and how do some rare “dream teams” make breakthroughs together, while so many others break down instead?

Despite all my focus on how to make "Dream Teams," the depressing truth is that no matter how smart and diverse and courageous and intellectually humble your team members are, if your team doesn’t have trust, it will fall apart.

And more than that, misunderstanding of trust is one of the biggest things that prevents teams with high potential from reaching it.

On the other hand, members of a team with great trust can have healthy conflict, go out on a limb and explore ideas, and change their minds without shame or fear. All of this gives a team the potential for creativity and innovation.

But this is where things get hard.

It’s easy to pay lip service to trust. And it’s easy to invoke trust’s buzzword cousins, “transparency!” and “vulnerability!” But just because we want trust doesn’t mean that we get it.

And it turns out that that’s because one of our most widely held notions about how to earn trust is completely wrong.

What Trust Is Made Up Of

In 1995, a group of professors from Notre Dame and Purdue published a groundbreaking study of trust in organizations that became the basis for all team trust studies today. They combined research from psychology, social studies, and management, to create a universal model of how trust works.

The model says that people judge other people’s trustworthiness on three factors:

Those factors, combined with a given individual’s natural propensity to trust people, determines how much of a risk we will take on someone else.

Here’s how the professors diagrammed it out:

Since then (and I can't believe it wasn't until 1995 that we put the factors of trust together!), psychology research has generally included a fourth factor that buttresses the other three: Predictability/Consistency.

In other words, when a person is consistent in showing that their Ability, Benevolence, and Integrity can be trusted, trust gets even stronger.

I like to visualize the factors of trust with the three main factors forming a pillar, and Consistency acting as an anchor for each of them:

There’s a specific reason I put the three factors in the positions I did, though.

The order gets at the common myth that leads so many of us to miss the mark when we try to get people to trust us. What so often stands in the way of us creating real trust in our teams and organizations... is the fact that we get trust's factors backwards.

The Thing That Smart People Get Backwards About Trust

When we decide that we need to prove to someone that we’re trustworthy, the tack that most people take, is what I call, The Resumé Approach. E.g.:

Of our trust factors, this approach focuses on Ability, aka competence.

And it makes sense that we would take this approach—especially if we’re smart and accomplished.

You want people to trust you to do something, so, well... you try to prove to them that you are good at doing that thing.

If you’re a leader, you want people to know that you’re smart and capable enough for them to put their careers in your hands. If you’re a job applicant, you want your would-be employer to trust that you’re skilled enough to take a leap on. If you’re trying to negotiate a sale, it makes sense to convince your potential customer that your company has what it takes to make them happy.

It turns out, however, that Ability is the least important factor in building trust.

What, you don’t know me? I need to make a case for why you should trust me? Ok...

What if I told you that I have an MBA? I used to work for Goldman Sachs. And I've never lost money on investments.

Are you persuaded that you can trust me with your money? You might be at this point.

But now I'm going to tell you something... I don't have an MBA. I do have a master's degree, though... in journalism! I never worked for Goldman, but I dated someone who worked there once. And I did buy stock in Tesla when they went public!

At this point, you're probably not going to trust me with that $100k, are you? It's going to be a while before I can build up your trust in me again, isn't it?

Even if I did have all those impressive financial credentials, if you found out I was a liar, would you loan me any amount of money?

If you don't think I’m honest, no amount of financial prowess will convince you to lend me that much money.

Similarly, if I convince you that I have great abilities, but you get the feeling that I don’t have your best interest at heart, not only will you not trust me—but you’ll actively distrust me.

Studies indicate that conveying benevolence is much more likely to earn you trust than conveying how competent you are. Brain scans, for example, show that when people are deciding whether or not to trust someone, they heavily use the parts of the brain meant for “mentalizing,” or thinking about the mind of another person.

A huge part of how we gauge trust at a neuroscience level is by thinking about the intentions of another person.

Showing warmth conveys that your intentions are probably good. All things being equal, a person who is seen as having good intentions will gain more trust than a person who is seen has having good ability. That's why someone who is "charming" is naturally easy to trust. (And as an aside, that's why con artists focus on being charming more than on having skills. If they had the skills they wouldn't need to con!)

Trying hard to project ability and competence can actually backfire on trust.

Why do so many people don’t trust “educated” or “elite” people? It’s not because they think educated people are stupid…

It's because, if you can successfully convince a person that you are smart and skilled, but you don’t manage to convince them that you’ll behave benevolently toward then, they’ll be likely to think that you'll use those great abilities of theirs... to take advantage of you.

When determining whether to trust someone, humans heavily weigh the risk of being taken advantage of.

That’s why in the diagram, Benevolence is at the bottom of the pillar. In the absence of good intentions, trust crumbles.

Similarly, if you manage to convince someone that you have integrity—that you’ll do what you say you’ll do—but you don’t convince them that you will behave benevolently toward them, they’re going to have a hard time trusting you as well.

That’s because you can still be honest and not do what I need you to do. If our interests diverge, I can’t count on you to do right by me unless I know that you care about me.

Another counter-intuitive thing about trust is the fact that you can’t know that you truly trust someone if your interests never diverge.

If your incentives are always aligned with someone, you don’t really know if they’re doing right by you because they care about you—or because it’s good for them. It’s only when someone has to decide whether to sacrifice something they could do that we can know they’re being benevolent.

If you want to earn people’s trust, the #1 thing you can do is show them that you care.

Say that you screw something up. You do something that throws your Ability into question. If people know that you have the best of intentions, you are very likely to get a second chance in this scenario.

Humans tend to unconsciously believe that our abilities are not fixed. People can improve their abilities. Therefore, we intuit that people can make mistakes-of-ability without being hopelessly lost.

Now let's say that you do something dishonest. You have a lapse of integrity. This is more serious, but you can still get trust back... if you can prove that you have benevolent intentions.

Integrity is a character trait, which we tend to see as more fixed than a skill or ability. But we know that people can change—and we are much more likely to accept that someone has changed if we believe they’re benevolent. The people who routinely top the lists of “world’s most admired people” often tend to be people who have done some pretty bad things and repented. (And besides, many a good friend has lied to someone they love in order to lure them to a surprise birthday party. We still trust each other after that sort of thing!)

But in the absence of benevolence, a breach in ability or integrity means the trust ship has sailed.

So if you want to be seen as trustworthy, instead of working on your hard skills, I’d recommend doing a little more work on some of the meta-skills they don't teach us in school:

In 2018, a Pew Research poll found that Americans on average trust members of Congress and leaders of tech companies the least compared to other people in positions of power.

And yet people trust them very little.

Why? Because people are skeptical that they care. Only 6 percent of Americans said that they believed they could trust most leaders of tech companies.

Want to know the group that scored highest on America’s trust poll?

If you liked this post, I'd love if you subscribed and shared!

Shane Snow is author of Dream Teams and creator of Snow Academy.