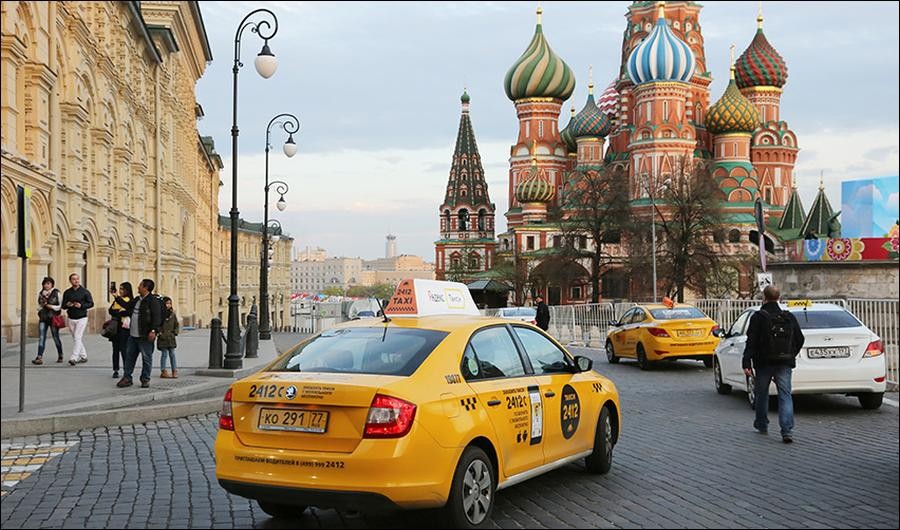 A FEW YEARS AGO, I was in a cab in Moscow on a book-writing adventure, and my driver suddenly pulled over and started talking at me aggressively in Russian. He’d made me sit in the front seat for some reason and locked the door.

And now I was starting to suspect the reason was foul.

My driver raised his voice even louder. I fumbled at the doorlock.

He then put his hand on my shoulder and said, “Nyet!”

The man produced an Android phone and spoke aggressively into it. He then handed me the phone. On the screen was the Google Translate app, reading something like:

“Good evening, sir. I’m sorry I don’t speak English. Can you tell me which side of the plaza you want to be dropped off at?”

I was so relieved. And embarrassed.

In the history of lost-in-translation style mistakes, this one was pretty benign. Wars have been launched over misinterpreted words.

On the flip side, one of the primary things that allowed humans to “win” planet Earth is our ability to communicate. Once early humans could speak a common language, they could collaborate much, much better.

I’m convinced that many of our most frustrating problems in both business and society stem not from intractable differences, but from problems of vocabulary. We think we’re speaking the same language, but often we’re not at all. So we interpret what others are saying as threatening, as violence, as ignorance, or as stupidity.

As Peter Boghossian and James Lindsay write in the book How To Have Impossible Conversations, “Though many arguments seem to be about matters of substance, they’re often just disagreements about the meanings of words.”

Look Out For Terms That Conflate The Whole With Its Parts:

One of the most common ways we end up speaking different languages is when we use umbrella terms when we’re talking about a specific subset of things under the umbrella. In other words, when we conflate a category with an individual piece.

For example, someone who says:

“I hate the government.”

This person might mean that they hate intrusive laws, corruption, and bureaucracy.

However, someone who associates “government” with security, social services, and infrastructure (and who likes those things) might hear this and think the first person is ungrateful for saying “I hate the government.” They might instantly see each other as bad people because one "likes" and one "hates" government.

It might turn out, however, if they got specific and defined what they mean when they say “government,” that both of them agree on literally every point. They both like security, and they both hate bureaucracy. What do you know?

In my work with organizations who are trying to improve their teamwork, I see this sort of thing all the time, especially when teams are diagnosing their problems.

The solution: Be specific. And pay attention: When someone makes an assertion about an entire group, stop them and ask them to be specific.

Be Mindful Of Evolving Terminology:

Sometimes words take on different meanings over time, especially among different cultures—and especially business cultures. People who have not kept up with the evolving terms will find themselves suddenly speaking a different language than their peers. Then they either will be confused as they still take the terms literally—the way they’re used to them—or they can even become cynical toward the people who’ve changed vocabulary.

One of the most troubling ways I see this happen lately is with the well-intentioned use of the word diversity:

A key reason underlying both of these findings: When we use the word diversity in business, we’re often speaking in different languages.

Whenever we recognize that a term may not mean the same thing to people we’re collaborating with, we ought to try to define what we mean when we use it—until the term becomes universal and everyone understands the language. However, if there’s resistance to adopting a term, sometimes it’s easier to choose a new term that everyone can use together.

Or as with the example above, it can often be even easier to just be more specific. We can get everyone on the same page with diversity just by using an adjective every time we say the word:

Often we lack the confidence to say the specific word we mean. In these cases we resort to euphemisms to get our meaning across. Unfortunately, euphemisms can easily go wrong, as people often misinterpret them or take them too literally.

This is why, for example, similar to the previous example, the word “diverse” can be problematic:

“I hope we can hire a diverse person for this role.”

Research shows that a high percentage of Caucasian-Americans have a hard time talking directly about race in the workplace (and on Twitter, even). So, many of us use words like “diverse” as a euphemism for race. But to anyone who takes this at face value, calling someone “a diverse person” is strange and doesn’t translate to race at all. (Also, it can be offensive in its reduction.)

Once again, the solution is to be specific and use terms that no one could confuse:

And if it makes you uncomfortable to come out and say something that specific? First of all, getting used to being uncomfortable is an important skill. But second of all, maybe your discomfort means that you need to dig into why you’re saying this. Once you’re clear on the importance of what you’re actually saying, you can be more confident when you say it.

And then you can even emphasize this importance when you do say it. E.g.:

Even less charged words than “government” or “diversity” can cause major headaches for us when we don’t realize we’re not speaking the same language. This often happens in the business world with buzzwords—or when we use fluffy, flowery language to describe something that could be described more simply and accurately.

“The client wants us to create a multi-sensory experience for their product launch.”

(If only there were a Google Translate for client-speak!)

Fortunately, there’s a quick process for getting on the same language page in this kind of situation (and all of the situations above):

When doing this, I hope we’ll remember what Socrates pointed out so long ago: People do not knowingly desire bad things. As Boghossian and Lindsay point out, “When you encounter a person with different beliefs, you might think they’re crazy or malicious. Resist this inclination and instead consider that they’re acting upon what they think is the best available information.”

Or just remember the rule of thumb known as Hanlon’s Razor: “Never attribute to malice what can be attributed to ignorance.”

After all, that Russian cab driver wasn’t being malicious to me. He just didn’t speak my language. I’m glad he was kind enough to get on my linguistic page and help me out.